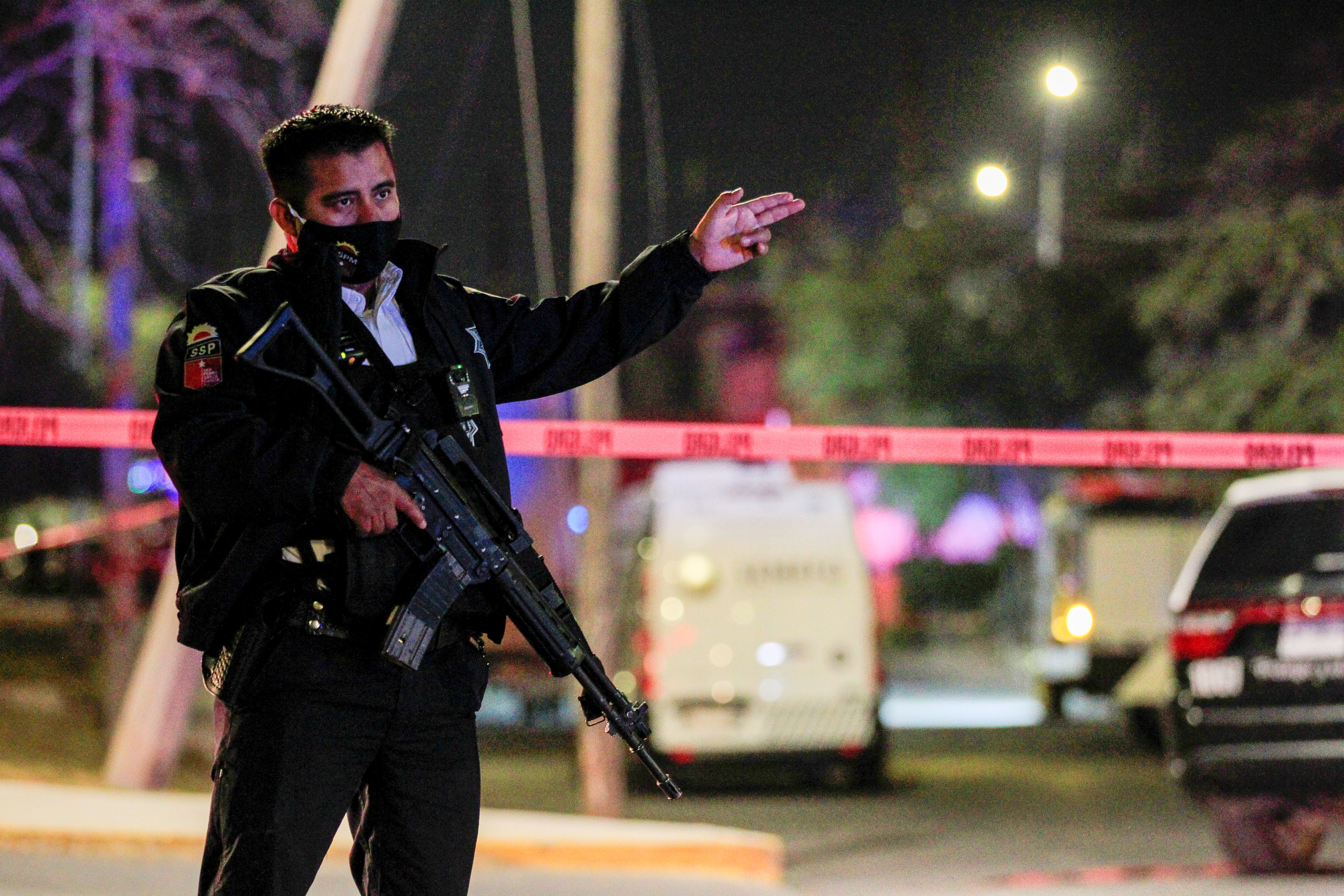 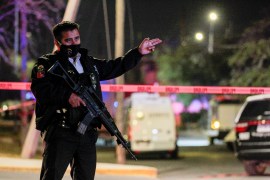 Smothered by the Covid-19 pandemic, 2020 has been a terrible year all around the world. Mexico too has been hit hard by the virus resulting in the recorded deaths of almost 125,000, its economic impact impoverishing many, and the paltry economic stimulus package the administration of Andrés Manuel López Obrador accorded to Mexico’s citizens. But Covid-19’s terrible toll should not obscure how bad the year in Mexico has also been in other respects: criminal violence and in failing anti-crime efforts.

Here then is a recap of key crime and anti-crime events and developments in Mexico in 2020, and of the bleak prospects for 2021.

But non-strategic opportunistic high-value targeting, by itself, without the capacity and will to target the middle operational layer of Mexican criminal groups, has been a highly problematic law enforcement policy in Mexico, exacerbating violence. The most prominent capo arrested in 2020 was the head of the Santa Rosa de Lima Cartel, José Antonio “N” alias “El Marro,” whose war with the Cartel Jalisco Nueva Generación (CJNG) over oil theft and smuggling and other illegal economies had turned the state of Guanajuato into a killing field in 2019. Yet, inevitably, his 2020 arrest did not diminish violence in the state. Instead, Guanajuato has remained one of Mexico’s most violent areas.

Worse, the López Obrador administration used the U.S. pressure to try to reverse and weaken the important judicial reforms started by the Felipe Calderón government. For example, it has sought to expand to all crimes the application of the controversial arraigo – a mechanism that allows those suspected of organized crime offenses to be held without charge for up to 80 days. In various ways, the López Obrador administration also continued to weaken judicial independence, part and parcel of its systematic program throughout 2020 to re-centralize power in the hands of the Mexican president and eviscerate Mexican institutions and bureaucracies. Meanwhile, the Mexican government has done little to strengthen the investigative capacities of Mexican police and prosecutors and their capacities to collaborate with each other and Mexican judges– the key deficiencies of Mexico’s justice system.

In 2020, the Mexican government kept speeding up the recruitment of its new National Guard by short-cutting some of the training, including on human rights, that was supposed to make the National Guard different from prior law enforcement agencies in Mexico, and by aggressively staffing it from the Mexican military. Instead of new recruits being raised and trained in civilian policing and effective crime and violence suppression methods, Mexican soldiers have predominantly staffed the now 100,000-strong National Guard. And the López Obrador administration kept rejecting U.S. offers to help train the National Guard.

His government has also refused to meaningfully discuss how to redesign the Merida Initiative, the U.S.-Mexican security cooperation framework in place since 2009, to better align the security and anti-drug priorities of the López Obrador’s administration with Washington’s preferences. The vague insistence of the Mexican government that it only wanted U.S. money for drug treatment in Mexico was inevitably a non-starter in Washington. Fentanyl coming from Mexico has been killing U.S. drug users at unprecedented rates. The fentanyl has been produced either in China or India and trafficked via Mexico or increasingly produced in Mexico from precursor agents trafficked from China and India. The systematic blindness of the López Obrador administration to this lethal problem, as well as to the violence in Mexico impacting U.S. citizens, has prevented relatively easy cooperation, such as in cleaning up Mexican ports and targeting fentanyl production facilities in Mexico. The lack of Mexico’s counternarcotics cooperation was strongly criticized by the U.S. government in September 2020. The Mexican government’s indifference to the fentanyl scourge is all the more unjustifiable given that fentanyl use is increasingly being promoted by Mexican criminal groups in Mexico itself and threatens to unleash deadly overdose problems there as well.

But because of the absence of an actual detailed, meaningful, operationalized policing strategy beyond National Guard members deployed to the streets and checkpoints on the ground, the violence rates in Mexico continued at a devastating pace in 2020. With far higher numbers of the National Guard having been recruited in 2020, the limitations of the National Guard approach could not simply be blamed on President Trump forcing Mexico to dedicate much of the new force to stopping migrants from Central America as in 2019.

Meanwhile, hideous murders continued taking place in Mexico, including of women, and of children. At least 3,455 women were murdered in Mexico in 2020. Although the data are yet incomplete, this averaged ten women per day. Many were murdered because of their gender. Some of the femicides were especially gruesome. Others involved young girls, such as Fatima Aldrighetti. At least 1,117 girls and boys were murdered in Mexico in 2020. Yet the violence against children and the femicides generated little sympathy or policy focus from President López Obrador. His dismissive attitude toward the protection and rights of women set off marches and demonstrations, including the March 9 “Day Without Women” in Mexico. The Covid-19 lockdowns too further exacerbated violence against women.

Neither the femicides, nor the slaughter of the Le Barón family or the way the Sinaloa Cartel in 2019 turned the city of Culiacán into a war zone to intimidate the Mexican government into releasing Ovidio Guzmán López (the son of Joaquín “El Chapo” Guzmán and one of the Sinaloa Cartel’s leaders) shook President López Obrador out of his rhetoric of sympathy toward the criminals. Despite a resurrection of high-value targeting, the Mexican president persisted with his narrative of “hugs, not bullets” for criminals. He has continued to minimize and undermine policing approaches, pinning hopes for crime reduction on vague anti-crime socio-economic programs. He has persisted with this policy orientation even as the Covid-19 pandemic decimated the Mexican economy, increased unemployment, and forced many into poverty and susceptibility to criminal recruitment and participation in illicit economies. The systematic refusal of the López Obrador’s administration to get tough with violent criminal groups and the continuing signaling to that effect was epitomized in March 2020 when López Obrador traveled to Sinaloa to shake the hand of El Chapo’s mother. Such signaling persisted throughout 2020 even though almost 500 police officers were killed in Mexico last year.

The Covid-19 lockdowns and trade and production reductions decimated the Mexican economy, and temporarily disrupted operations of Mexican drug-trafficking groups. But as was expected, the drug trafficking groups adapted by adopting the same methods predicted to foil the pointless, costly, and counterproductive border wall the Trump administration was building – relying on drones, tunnels, sea smuggling, and cargo, while also reducing the frequency of smuggling runs but increasing the load trafficked, risky as such smuggling is.

Crucially, however, Mexican criminal groups did not reduce criminal violence in Mexico, caught up in a violence-prone out-of-control criminal market.

Instead, the Mexican criminal groups used Covid-19 to augment their political capital with local populations by distributing handouts of sanitizers, soaps, and food, stamped with the logo of the criminal group. Some criminal groups in Mexico (like criminal groups elsewhere in the world) have long cultivated such political capital through the provision of socio-economic handouts, jobs, and public services. The most systematic of them has been the Sinaloa Cartel. What was particularly interesting about the cartels’ response to Covid-19 was not that they repeated the well-tested strategy, but that even groups that prior to Covid-19 chose to rule through brutality alone, such as the Cartel Jalisco Nueva Generación, now jumped on the social-handouts political-capital bandwagon.

But criminal groups’ focus on building political capital with local populations has not stopped them, especially the ultra-aggressive and expansionist Cartel Jalisco Nueva Generación, from seeking to intimidate government officials. In the perhaps most brazen attack last year, local allies and recruits of the Cartel attempted in June 2020 to assassinate Mexico City’s Secretary of Public Security Omar García Harfuch in broad daylight in the capital’s very affluent neighborhood through the use of scores of hitmen, grenades, and assault weapons. Even though García Harfuch survived, the brazen nature of the attack once again revealed how completely Mexican security and law enforcement agencies lost deterrence capacity and how much impunity Mexican criminal groups felt they had. A subsequent video of a large military convoy purportedly belonging to CJNG and celebrating its leaders, shown just as President López Obrador was visiting presumably that same region of Mexico, was yet another demonstration of the criminal group’s ostentatiousness. And yet, the López Obrador administration has remained silent and not condemned strongly the criminal groups, even as other government officials — including the former governor of Jalisco, Aristóteles Sandoval, three mayors, and judges — were murdered in 2020.

What set off the profound crisis in U.S.-Mexican relationship was the October 2020 U.S. arrest of Mexico’s former Secretary of Defense Sandoval Cienfuegos in Los Angeles. U.S. law enforcement agencies identified Cienfuegos as one of the most powerful patrons of Mexican criminal groups in the Mexican government and for years painstakingly gathered evidence against him. Yet because the Mexican law enforcement and government agencies remain deeply and systematically pervaded by organized crime groups, U.S. law enforcement agents did not share the intelligence with the Mexican government. They feared that sharing the information would result in massive leakage of the intelligence in Mexico and prevent the possibility of identifying and capturing other corrupt Mexican military and government associates of Cienfuegos.

The arrest of Cienfuegos followed other shocking U.S. arrests of top-level Mexican officials on charges of corruption and collaboration with organized crime groups, including the  December 2019 arrest of Mexico’s former Secretary of Public Security Genaro García Luna in the  August 2020 arrest of his close associates and top government officials, Ramón Pequeño García and Luis Cárdenas Palomino.

Yet instead of living up to his claims of wanting to combat corruption in Mexico, President López Obrador– who has come to closely embrace the Mexican military and rely on it for all kinds of projects and government policies — subverted the U.S. anti-crime efforts. First, the Mexican government tricked the United States into dropping charges against Cienfuegos by promising that the Mexican government would not expel U.S. law enforcement agents from Mexico in retaliation.

Then, despite the United States dropping the charges against Cienfuegos and releasing him, President López Obrador whipped up national sovereignty sentiments in Mexico to pass a law that paralyzes U.S.-Mexico security cooperation. The new law so severely restricts the operations of U.S. law enforcement agents in Mexico and so tightly controls Mexican government employees’ interactions with U.S. counterparts to effectively debilitate meaningful intelligence and security collaboration. The new law passed a few days before Christmas is no doubt the most profound blow to U.S.-Mexican security collaboration since the dark days in the 1980s when the U.S. Drug Enforcement Administration agent Enrique Kiki Camarena was tortured and murdered in Mexico with the direct complicity of high-level Mexican officials.

Not only does the law put the U.S.-Mexican security partnership into the deep freeze of the years that followed throughout the 1990s, but it is also terrible for  public safety in Mexico itself. As of the November 2020 count, 32,759 people had been murdered in Mexico that year. That number – a killing every fifteen minutes! – already surpassed the record year of 2019 when 32,637 people were recorded murdered. Yet so far, the López Obrador administration has shown no capacity to tame the out-of-control Mexican crime market and has paid little attention to the issue.

In 2021, the prospects are bleak for an effective Mexican security strategy and U.S.-Mexico security cooperation. Even so, a New Year’s wish: May 2021 be far safer and happier for Mexico than 2020 was.